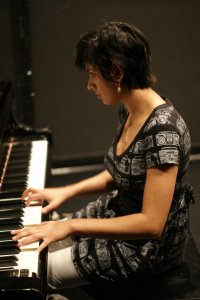 Nilou is a music graduate and a Global Citizen Scholarship recipient of Goucher College as well as a Mahoney and Caplan Scholar from University of Oxford. Among her teachers are Lisa Weiss, Laura Kaminsky, Daniel Weymouth, Matthew Barnson, Margaret Schedel and Daria Semegen. She received a Ph.D. in music composition from Stony Brook University under the supervision of Sheila Silver.

One thought on “ABOUT NILOU”